Are your psoriasis flare-ups accompanied by bouts of intense itchiness? You’re not alone! Many people with psoriasis deal with itchy and uncomfortable skin. But there’s good news—like most common psoriasis symptoms, itchiness is treatable.

Our ultimate guide goes over seven ways to relieve itchy psoriasis. Read on to learn more about what causes itchy skin during psoriasis flare-ups and how to make the itchiness less intense.

Psoriasis is a common and chronic skin disease that causes red and scaly patches to appear on the skin. Psoriasis is most common on the lower back, elbows, knees, legs, scalp, face, and palms but can appear anywhere on the body.

Psoriasis has no cure, but many treatments can help those with psoriasis manage their symptoms. This skin disease occurs in cycles, which means most people experience week- or month-long remissions in between flare-ups.

Does Psoriasis Make You Itchy?

Symptoms can vary from person to person and usually depend on the specific kind of psoriasis you have. There are five official types of psoriasis—erythrodermic, guttate, inverse, plaque and pustular. However, there are also many subcategories of psoriasis, depending on the location of psoriasis on the body.

But what causes the itch? Psoriasis causes your body to produce more skin cells than normal. Large amounts of dead skin cells are shed and accumulate on the outer layer of your skin to accommodate these new skin cells. They form red, flaky patches that irritate the skin and cause inflammation as they continue to accumulate. The itchiness is a result of that inflammation.

How To Relieve Itchy Psoriasis

Fortunately, you have a lot of options for treating the tenacious itchiness that accompanies psoriasis flare-ups. Our ultimate guide explains seven ways to relieve itchy psoriasis.

Keeping your skin hydrated by using moisturizing ointments, creams, or lotions can reduce dryness, itching, and redness. Ointments are good for dry skin since they don’t absorb right away and protect against moisture loss better than lotions. Creams are a good middle-ground for those who want to protect against moisture loss but aren’t a fan of how greasy ointment is.

Taking a warm bath can help remove dry skin and alleviate your itchiness. Soak in the water for approximately 15 minutes for the best results. If you want, you can add oil, ground oatmeal, Epsom salt, or Dead Sea salt to the bath.

However, make sure to use water that’s lukewarm—hot water can dry out and irritate the skin—and avoid using harsh soaps during your soak. Once you exit the water, dry off by gently patting, not rubbing, your skin with a soft towel. Then, moisturize with your favorite moisturizer to re-hydrate your skin.

Heading outside for a walk at least two to three times per week is ideal. However, make sure to put on sunscreen before you venture outside. Too much exposure to the sun can result in sunburns and even make your psoriasis outbreaks worse.

Focus on Your Mental Health

Stress is a common trigger for psoriasis flare-ups. In fact, many people with psoriasis say their first flare-up occurred immediately after an extremely stressful event in their lives.

Lowering your stress levels can potentially reduce the frequency of flare-ups and make symptoms, such as itching, less intense. So, how do you reduce stress? There are a lot of ways to reduce your stress levels.

Committing to healthy lifestyle habits is one of the most effective. Eat healthily, drink enough water, exercise regularly, and get a minimum of eight hours of sleep every night. Having a strong support system of family and friends also makes it easier to manage stress, as does having hobbies to help you unwind.

Many skin-care products contain harsh ingredients that can inflame your skin, and more inflammation means more itchiness. Some ingredients you should steer clear of include alcohol, sulfates, fragrances, parabens, and phthalates.

Instead of using synthetic-ingredient-based products to support the treatment of your psoriasis symptoms, look for natural products specially formulated for use on sensitive skin.

It’s hard to resist the urge to scratch when you’re unbearably itchy. But scratching and picking at your skin can worsen itchiness.

It can also put you at risk for infection. Scratching and picking can create sores, scrapes, and cuts, and everyone knows that open wounds are an invitation for all sorts of abominable bacteria.

Instead of scratching and picking, apply anti-itch cream to your skin or hold a cold, damp cloth against the affected area until the itch subsides.

Did you know that smoking and drinking in excess can increase the frequency of your psoriasis flare-ups and even make your symptoms more severe? If you have either of these habits, cutting back or going cold turkey can reduce the intensity of your symptoms, which means less itchiness and overall discomfort.

It’s also important to note that alcohol can interact with certain psoriasis medicines in a way that makes them dangerous, which is another great reason to quit.

Max Green Alchemy’s natural and paraben-free moisturizing cream supports the treatment of common symptoms of psoriasis. Our unique formula is easily absorbed, protects against moisture loss, and has a summery aroma you’re sure to love. Come and shop with us today for all-natural skin-care products formulated for sensitive skin! 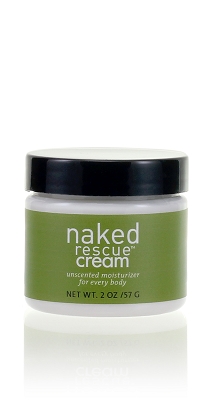